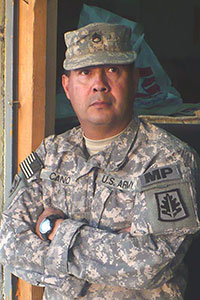 First Sergeant Manuel Cano entered the United States Army Reserves on 25 March 1985 and attended one-station unit training at Fort McClellan, Alabama, where he graduated as a 31B, Military Policeman.

First Sergeant Cano’s assignments include; 6632 Port Security Detachment, in Los Alamitos California where he served as Military Police. In March 1991, he deployed to various locations throughout the United States in support of Operation Desert Shield/Storm protecting US ports from terrorist attacks; served as a Squad Leader/Desk Sergeant in Beaumont Texas and later as a watch commander at Military Ocean Terminal Sunny Point (MOTSU), North Carolina. He was chosen by the unit commander to represent the unit in the 1991 New York Military Ticker Tape Parade.

In late 1992, seeking additional responsibility after returning from deployment, First Sergeant Cano volunteered for assignment with Task Force (TF) Steel Ribbon, which reinforced the border between the US and Mexico by installing metal runway barriers as fencing on the border. His MP knowledge was instrumental while working alongside local US Border Agents to report crime activity. His squad’s efforts successfully installed fence line from the Pacific Ocean to the San Ysidro Port of Entry. His squad’s efforts were instrumental in the reduction of illegal drugs and illegal immigration entering the US.

In 1994, First Sergeant Cano transferred to the California National Guard in Corona California. Assigned to Co B 3/185th Armor, he attended 19K training and served as a gunner on an M1 Abrams Heavy Tank. He participated in four tank gunneries, and distinguished himself as a tank gunner by receiving the Top Gun Award during a battalion unit competition. The unit was renamed to Co A 1/185th Armor where he was promoted to Tank Commander/Platoon Sergeant. He also participated in numerous field training exercises, including a rotation at the National Training Center, Fort Irwin, California. 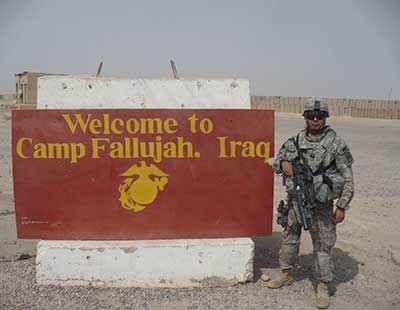 Following the September 11th attack, First Sergeant Cano volunteered assignment in support of Operation Noble Eagle. He was one of thousands of National Guardsman that were mobilized to perform security on military installations, airports and other potential targets such as bridges, power plants, and port facilities. He was immediately mobilized to the Palm Springs Airport, where he reverted back to his MP training. He quickly developed strong relationships with the airport police department and his team assisted them in several law enforcement criminal prevention activities. His squad interacted with hundreds of traveling individuals daily and helped reassure Americans that the military had their safety concern at heart.

In November 2003, he was ordered to deploy to Iraq in support of Operation Iraqi Freedom with the Co A 1/185th Armor. Once again First Sergeant Cano reverted back to his MP training. He used his MP skills and knowledge to train his platoon of Army Tankers (19K) on proper vehicle patrols, vehicle stops and vehicle searches. First Sergeant Cano’s MP skills and knowledge were instrumental in the unit’s success during combat patrol operations and base security. For his actions, First Sergeant Cano’s platoon was chosen to provide base external security for Camp Bucca in Southern Iraq in support of the base MP unit.

In 2006, First Sergeant Cano rejoined the Army Reserves and was voluntarily assigned to the 314th Military Police Company in Irvine, California. In November 2007, he was reassigned to the 812th Military Police Co. for a second tour to Iraq in support of Operation Iraqi Freedom. The unit’s primary role was to train Iraq Police units on law enforcement operations. Additionally, he led a platoon size element in base security operations and conducted over 30 foot and vehicle patrol operations throughout the city of Fallujah and Mosul, Iraq in Counterinsurgency (COIN) operations. He was instrumental in training Iraqi Police units on law enforcement operations by reverting to his MP training 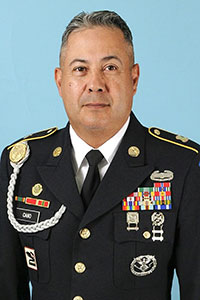 In 2010, he voluntarily transferred to the 3/363 Training Support Battalion in Los Alamitos, California, where he served as both Platoon Sergeant and Platoon Leader. He used his past experience to mentor and train Soldiers preparing to deploy to Iraq and Afghanistan as an Observer Controller Trainer.

In late 2012, First Sergeant Cano voluntarily transferred to the 311th Sustainment Command (Expeditionary) as they prepared to deploy to Afghanistan in supported of Operation Enduring Freedom. He served as the units Area Security, Force Protection and Antiterrorism NCOIC. He was instrumental in implementing security and antiterrorism measures for a military compound of over 1000 servicemen and 100 civilians. His efforts led to the recovery of over $500,000 in lost US Army equipment.

In 2014, he was assigned to the 491st Military Police Company (Guard) in Riverside California and served as a platoon sergeant and acting First Sergeant. He received several accolades because of his platoon’s level of readiness. When not busy, he volunteered with an US Army Military Honors team. In late 2015, he was promoted to Master Sergeant and was reassigned to the 11th Military Police Brigade in Los Alamitos, where he served as the units Area Security, Force Protection, and Antiterrorism NCOIC.

In 2016, First Sergeant Cano volunteered an assignment with the 422 Military Police Company in Bakersfield California as they prepared to deploy to Guantanamo Bay Cuba in Support of Joint Task Force Detention Operations. He served as Camp VI NCOIC, Guantanamo Bay, Cuba. He successfully managed a guard force of 280 Soldiers from three MP companies, lindquist personnel, medical staff, and detainee population. He was coined by several Commanding Generals and the Command Sergeant Major of the Army for his efforts as Camp VI NCOIC.

First Sergeant Cano has served for over 32 years in the US Army Reserves and National Guard. He continues serve today as the First Sergeant for the 11th MP Brigade training and mentoring the next generation of US Army Soldiers. 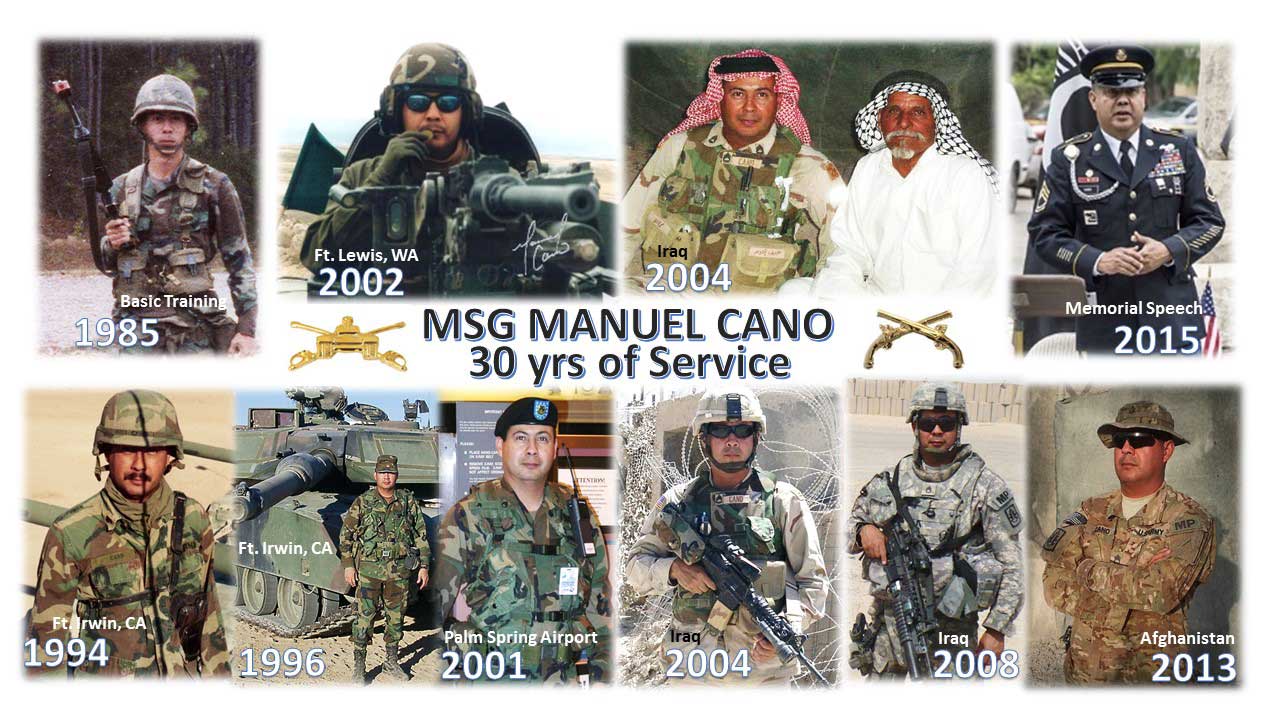