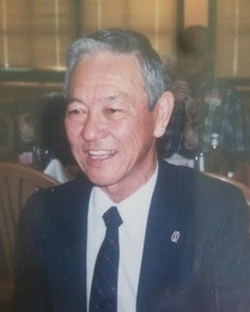 May 24, 1934 – March 9, 2022 Alan Takao Sugiki, 87, of Claremont, California, passed away on March 9, 2022, at his home in Claremont, California. Alan was born on May 24, 1934, in Wailuku, Maui. A proud U.S. Army combat veteran, he honorably served for 22 years. He had two combat tours in the Vietnam war and was highly decorated. He attained the rank of Major when he retired in 1975. He returned to California after his service to his country. He was a successful businessman and started Alan’s Flowers in Pomona, California. The business prospered for many years until he retired. He is survived by his sons Glenn and Leslie, and grandchildren Alexander and Lisa. He was predeceased by his wife Yurino.