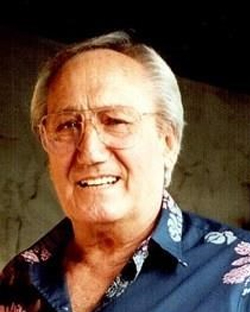 Albert "Obby" Agins passed peacefully in his home in Corona, CA on June 27, 2020 at the age of 91. Obby (as he was known by most everyone from a childhood nickname) was born to Harry and Yetta Agins in Corona, California on July 21, 1928. He attended Jefferson Elementary, Corona Jr. High and Corona Senior High. He served in the U.S. Merchant Marines briefly at the end of WWII. He served as a corporal during the Korean War in Europe. He married Donna Hennes shortly after that and raised two children. He became active in local clubs and civic organizations including the 20/30 Club, Corona Chamber of Commerce and ran for Corona City Council. During this time in the 50’s and 60’s Obby partnered with his younger brother Ron to purchase the small junk yard owned by their father and established Agins Auto growing the auto salvage business along with towing services, auto sales and a radiator shop. By the late 60’s the Agins brothers ventured into the mobile home business with the construction of Buena Vista Mobile Manor in 1969 and going on to partner in establishing several mobile home parks in the southern California area as well as Nevada and Arizona. The next couple of decades saw further expansion of various businesses under the Agins Development Corp. Auto dealerships, banking, apartment buildings and many other types of retail commercial properties were bought, developed, managed, traded and sold. Along with all of these civic and business achievements Obby always made sure to enjoy life to the fullest. He was an avid civil aviator. He earned his pilot’s license soloing in a Piper Cub in 1944 and remained flying and a regular at Corona Airport all of the rest of his life. He spent time traveling with the carnivals across the country when he was a young man. He loved fresh water and deep-sea fishing as well as hunting, boating and travel. In 1968, Obby, along with a couple of other local Corona families, established Temple Beth Shalom (now Congregation Beth Shalom) as a fully thriving Jewish community and continued to be instrumental in their growth and development to the present day. He became involved with several philanthropic activities and organizations including City of Hope, Salvation Army as well as one of his favorites in later years, Guide Dogs of the Desert. Obby was much loved and respected. He had a big smile and razor-sharp wit. He was a generous man to everyone. He made friends very easily whether making a waitress laugh, shaking hands on a business deal or just telling a story to a group of folks. He loved to teach, show and share his knowledge with anyone. In the process, he changed and influenced many lives over the years. Obby is survived by son Philip, daughter Sandy and step-daughter Cheri as well as three grandchildren, eight great grandchildren and great, great grandson Warren "Skeeter".