Written by Night For Vets on January 27, 2020. Posted in Gone But Not Forgotten 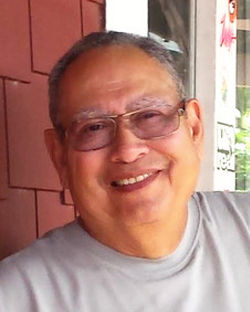 Military burial services have been held for Albert Gene Ortiz, 71, of Paradise, California. He was laid to rest at the Sacramento Valley National Cemetery in Dixon, CA. He served his country during the Vietnam war. He volunteered for Vietnam, but was redeployed to then West German after the Russian invasion of the former Czechoslovakia in 1968.

He was born in San Bernardino, California, to Albert and Davida Julia Davalos-Ortiz. (both deceased) He was raised on the Westside on 16th Street between Mt. Vernon and Western Ave. in St. Anthony’s parish. He was a third generation Californian whose Hispanic family settled in his native state in the later 1890s from Texas and New Mexico. His maternal family arrived in the Western Hemisphere from Spain. His 14th great grandfather was Conquistador Admiral Alvar Nunez Cabeza De Baca who arrived in 1527. He aided in establishing a foothold in the New World and its eventual European colonization..

He leaves wife, Barbara J. Ortiz. He died 18 days before his 36th wedding anniversary. All his children were from his first marriage which ended in divorce in the early 1980’s after 12 years. He is also survived by a sister Rosalinda Plummer of Washington; a brother Jonathan B. Ortiz; sisters-in-law Nancy Parnell of Paradise, Florida Leonard-Ortiz of Sacramento and Donna Ortiz of Nevada City, CA; sons Michael Ortiz, and Keith Harmer; daughters Cynthea Tavarez, Karen Ortiz and Cheryl Morren; one grandson; ten granddaughters and one great granddaughter.

In the midst of the Camp Fire evacuation, that obliterated Paradise, he spontaneously volunteered to direct snarled traffic on only one of two roads leading out of the inferno. The majority of his life was spent in San Bernardino where he attended local schools including Roosevelt Elementary, the former Franklin Junior High School, and San Bernardino High School. He played little league for a team sponsored by Bugsy Sturtevant Plumbing. He was a pitcher with a winning record. He was tall and lanky for his age and this enabled him to throw an impressive fast ball.

He retired from Verizon after 30 years of employment. He was an electrician and was primarily assigned to various switching facilities throughout Southern California. His adult pastime was golf where he maintained a respectable handicap. He loved the game. If he was not watching the Golf Channel he was on the links trying to refine and improve upon his game. In his last days he was actively planning to participate in the rebuilding of the Paradise community.