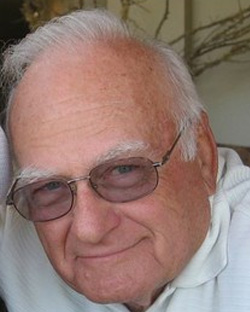 Alfred “Al” Anderson Jr., 90, passed away on January 26, 2021 at Cedar Mountain Post-Acute Care Center in Yucaipa, California. Alfred was born on June 7, 1930 in Poughkeepsie, New York to his late parents Alfred Anderson Sr. and Emma Mauritz. He was raised in New York State and left home at the age of 18 to join the U.S. Air Force. He was honorably discharged in 1954. In his younger years Al played the bugle in the American Legion Band. Alfred achieved a Bachelor of Electrical Engineering degree and his career took him all over the world. Community involvement included service on the Riverside County Grand Jury from FY ’94- ’95 and FY ’97-’98. Alfred was also a retired member of the American Institute of Parliamentarians. He was a member of Moose Lodge #863 in Fontana and remained a lifelong member of the American Legion. Activities included a love of golf as a member of Bishop Golf and Country Club in the early 1960’s and a member of the Canyon Lake Men’s Golf Club later in life. At age 80++, he refused to hit from the red tees! Alfred was preceded in death by his first wife Viviane Anderson and survived by his wife Barbara Anderson; his stepchild, Donald Caskey; his step-grandchildren, Megan Yates and Darren Caskey; and numerous step-great grandbeauties and great-grandrascals. He is also survived by his siblings Bruce Anderson and Martha Johnston. Al may be best remembered by his family for his “bursting laughter and immediate smile to follow. And of course, by egging him on to get him all riled up, especially about politics or public policyall this with a sparkle in our eyes.” He was also secretly compared to the character, Carl Fredrickson, the lovable protagonist in Disney Pixar’s 2009 animated film, UP, voiced by Ed Azner who portrayed an old and cranky retired helium balloon salesman. That comparison was always made with a wink and a nod! Watch it on Disney+ and you will get a sense of Al. Alfred was an amazing, loving man who will be truly missed.