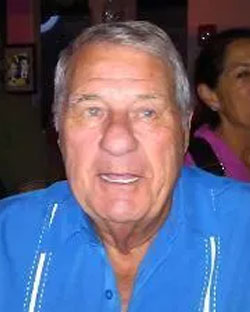 It is with profound sadness that we announce the passing of Alfred Wayne Patterson on February 19, 2022 at age 81. He had been suffering from a series of medical conditions which combined to cause heart failure. Per his wish he was cremated and his ashes returned to his native South Caroline to be spread on the graves of his Mother and Father.

W ayne was born August 24, 1940 near Blacksburg S.C. His parents were Ethel Hall and Newton Patterson. Wayne attended school through Blacksburg High School even skipping a grade at one point. Wayne was an avid sportsman excelling at baseball. This skill allowed him to play baseball for part of his Army career followed by a stint as an MP.

After the Army he went into Government Service as the County Assessor in Jacksonville, FL where he served for many years. He was able to retire from this position early in life and moved to the Palm Springs area.

In the Coachella Valley he continued to be quite active in the community even running for the Palm Springs Council at one point. He was President of the Prime Timers of the Desert three different times. He traveled extensively and made a great many friends and acquaintances. He seldom met a person he didn’t like and who didn’t like him. He will be missed by all.