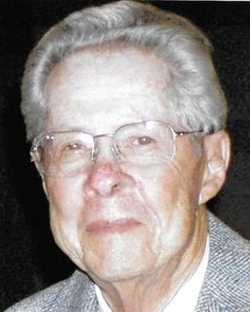 March 21, 1926 – July 17, 2021 Alvin W. Guthmiller, of San Bernardino, California, passed away on July 17, 2021 at the age of 95 in Redlands, California with family by his side. Alvin, or "Al", as he was known to his family and friends, was born on March 21, 1926 to William and Melbourne Guthmiller in San Bernardino, CA. Al grew up in Colton, California and served in the United States Navy during World War II. After his military service he met the love of his life Zoe E. Trotter and they were married on November 9, 1956 and settled in San Bernardino, CA. Together Al and Zoe raised two sons, Allan and David. For many years Al worked as a Field Service Technician for Addressograph Multigraph Corporation until his retirement in 1987. He then went to work for the County of San Bernardino as a Printing Press Operator in the Print Shop until 1996. Al is survived by his loving wife of 65 years, Zoe E. Guthmiller, son’s Allan (Shannon) of Henderson, Nevada, and David (Michelle) of San Bernardino, California.