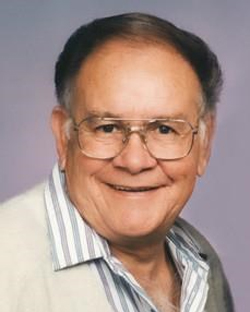 Arnold passed away on April 12, 2022 at home in Yucaipa, CA from dementia caused by diabetes. He was born in Phoenix, Arizona on December 19, 1933 and grew up in Riverside, CA. He graduated from Riverside Poly 1952, served in the U.S Army, Korean Conflict era 1954 – 56 honorably, married Joanne Worcester 1957. He was a wonderful, dedicated husband and father to Anita Landingham of Yucaipa, CA and Janice Reinarts of Antelope, CA, grandfather to his 3 grandchildren and 13 great grandchildren and brother to his sister Gloria Martinez. He enjoyed golf, bowling and traveling by motorhome over 50 years, boating and dune buggying with family and friends. He was owner of Magic Carpet, flooring sales and installation serving Riverside county. They lived in Moreno Valley (1969-1999) and moved to Oceanside in 1999 where they enjoyed retirement until 2014 when he and Joanne moved to Yucaipa to be closer to family as his health declined. Peacefully transitioned to his Lord while being examined by hospice nurse Renee, with wife caretaker Joanne, and caretaker Ruth at his bedside April 12, 2022 at 2:02 pm. He was preceded in death by his parents Albert & Rosa Culling of Riverside, CA and brother Bert Culling of Colorado.