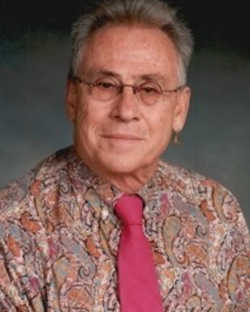 March 1, 1935 – August 1, 2021 August 1, 2021, Arthur Bertrand Cassan, Jr. (Bert) passed, at the age of 86, in the City of Claremont, California. Mr. Cassan was born on March 1, 1935, in Portales, New Mexico. He graduated from Portales High School, New Mexico in 1953. In 1957, he earned his bachelor’s degree, and in 1960 his master’s degree, both from Eastern New Mexico University. Bert served in the U.S. Army in Germany. After an honorable discharge, he moved to Albuquerque, New Mexico where he taught at Albuquerque High School. On September 1, 1963, Mr. Cassan began an illustrious career in the Rialto Unified School District when he accepted the position of business teacher at Eisenhower High School. One year later, in 1964, the veteran educator transitioned into the field of counseling. Mr. Cassan proudly held the position of high school counselor for 38 years on the Eagles’ campus until his retirement in 2003. For nearly 40 years, Mr. Cassan assisted and mentored thousands of students to graduate from high school and enroll in colleges and universities. Due to his friendly demeanor and engaging personality, he also mentored a handful of colleagues who refer to him as "family". In the early 2000s, the veteran educator was interviewed by the local newspaper, the Rialto Record. He spoke candidly about his career: "Oh my goodness, do I ever love my work," he smiled. "I get to help kids and that’s about the only thing in life I’ve ever taken seriously, their success. It makes me so happy to see them become successful. I love Eisenhower and I love my kids." Mr. Cassan was an avid traveler having visited over 110 countries. His memory recall was so incredible that he remembered people, places, and events and so enjoyed telling stories of his travels. Wherever he visited, he likely returned with a new hat. Bert is survived by his brother James (Doris) Cassan; nephews: Todd (Michele) and Curt Cassan; his "favorite" niece, Traci (Andy) Granbois; three grand-nephews: Wyatt and Sam Cassan and Hudson Granbois; and three grandnieces: Beckett Cassan, Colette and Georgia Granbois.