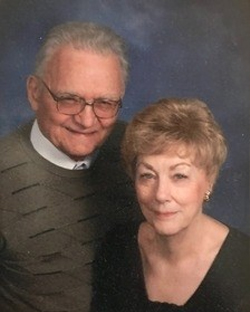 Benedict Ole Rasmussen (Lt. Col. USAF Retired) June 14, 1932 – September 15, 2022 Benedict Ole Rasmussen passed away peacefully to be home with the Lord at age 90. He lived a long life, rich in family, friends, and accomplishments. His loving wife, Donna Rasmussen passed away before him after 64 years of marriage. Born in Ketchikan, Alaska to Benedikt and Jenny Rasmussen, Dict was the oldest of five siblings. After graduating high school, Dict went to college before deciding on enlisting in the USAF as an airman. He was selected for Officers Candidate School and went on to become a B-52 Stratofortress bomber pilot as part of the Strategic Air Command (SAC). During his career, much of which was during the Cold War with the USSR, he spent much time training and living in alert facilities as part of a deterrent to Soviet Aggression. He served two tours of duty overseas during the Vietnam War, was a squadron commander, B-52 pilot instructor and held other leadership positions. He retired from the USAF after 28 years of active duty at March AFB and remained in Moreno Valley until his passing, enjoying his regular jogging and handball games at the base gym and always remained an avid reader. He is survived by his three sons, Leif, Bryn, and Chris, four siblings, 6 grandchildren, and 4 great-grandchildren.