Written by Night For Vets on July 22, 2022. Posted in Gone But Not Forgotten 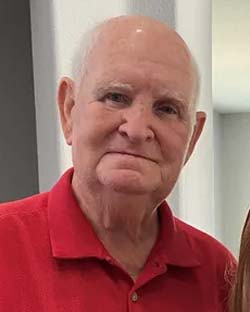 On July 10, 2022 our beloved Bernard J. Gartland passed away at the age of 82. Bernie grew up in New Jersey and was the youngest of five children of Tom and Agnes Gartland. He graduated from Fairleigh Dickenson University with a Bachelor’s Degree. He then went on to serve in the Army (Airborne). After his time in the Army, Bernie attended North Carolina Central University where he earned his Juris Doctorate Degree, graduating Cum Laude. He was the Deputy Attorney General for the State of Delaware before opening his private family law practice in Wilmington, Delaware. In 1982 Bernie moved his family to San Diego to take over a tax law firm. This was one of his biggest achievements and is most remembered by. He is most well known in the Coachella Valley as the founder of the Gartland Group where he helped countless residents conquer their overwhelming tax issues, giving them relief when they thought there was no hope. He always considered himself a “social worker with a law degree.” In addition to practicing law for over 40 years, Bernie was an avid golfer that could be found on the local courses most days. He loved boating, vacationing in Catalina and was a Second Degree Black Belt in Tae Kwon Do. Bernie was a respected and loved member of the desert community and will be greatly missed. He is survived by his wife Diane Gartland; children Bernard J. Gartland Jr (Sarah) and Kimberly Gerfen (Katie); stepchildren Lisa Emerson (Michael), Michelle Baker (Tyrone) and Ty Cesene (Kerri); grandchildren Shane, Eli, Chelsea, Cali, Olivia, Tyler (Alyssa), Hailey, Jeremy, Jordan, Jack, Audrey and Johnny; great-grandchildren Scarlet, Ellie and Elijah; his sister Noreen Schlitt (Ludhart) and brother-in-law Jerry Azato (Lynn). A memorial service will be held at a future date for all his family and friends. In leu of flowers, the family asks for donations to cancer research of your choice.