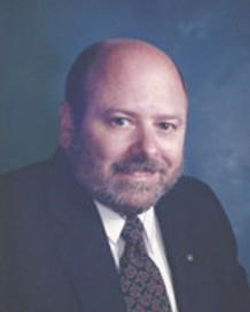 Bill Friesmuth passed into the loving arms of our Lord and Savior on September 1, 2020. He was born June 14, 1943 and raised in the Miami, Florida area but he called Riverside, California home for the last 40 years. He loved the Riverside community and enjoyed philanthropic work with multiple organizations. He participated in too many fundraisers to list over the years and was especially proud of his philanthropic work as a Past President, Paul Harris fellow, and 30 year member of Magnolia Center Rotary. He was also a founding member of Big Brothers of the Inland Empire. Bill served in the U.S. Army from 1962-1965 and was stationed in Germany for most of his military service. After the service he went into the music publishing business producing sheet music for such greats as Sonny & Cher, Olivia Newton John and the Righteous Brothers. He traveled the country and was known to hobnob with musicians in New York and Los Angeles. When his first daughter was born and the traveling was getting old he changed careers and became a real estate broker. When he moved to Riverside he opened Home Consultants and from 1981-2015 he mentored numerous new agents and was always trying to find just the right place for his home buyers. Bill fulfilled his childhood dream and learned to fly when he was in his thirties. He loved to fly and was known to pop over to Catalina for lunch at the airport. He was also an excellent fisherman once landing a record setting 747 lb. marlin. He is survived by his wife Rhonda; his three children: daughter Lainie (Mike) Canfield, daughter Ashley (Mike) Mahaney, and son Greg; and four grandchildren Lexi, Matthew, Keira and Brayden. He is also survived by his brother Robert (Patty) Friesmuth and brother Jim (Jolie) Friesmuth and thirteen nieces and nephews.