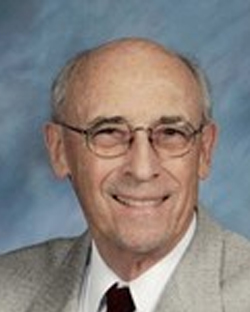 Bob Rutherfurd passed away at his home on March 4, 2020 at the age of 88. A life-long resident of San Bernardino, CA, he was born to Arthur and Lillian Rutherfurd on May 17, 1931. Bob attended San Bernardino schools and graduated from the University of Redlands in 1953. He was then drafted into the Army and sent to Japan, where he served in the Headquarters Division of the First Calvary. While there, Bob volunteered to teach an English class to medical students at Tohoku University, near Sendai. This resulted in many lasting friendships, and in later years, visits to his home in San Bernardino by these former students.

When he returned from Japan, Bob began teaching in the San Bernardino city schools. In the 1980’s, drawing on his classroom experience, he created educational materials which were published by Harcourt Brace. He worked with CAN (Clean Air Now), a Riverside based group to promote legislation to control air pollution. He participated in the San Bernardino Valley Concert Association serving as treasurer and president. Bob enjoyed music, reading, gardening, hiking in younger years, and most of all spending time with his family. He was a devoted husband and father.