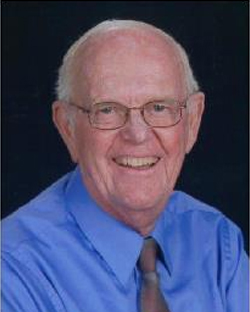 Bruce Cowie, March 4, 1936 – October 31, 2019. Bruce passed away at Riverside University Health System on October 31, 2019 surrounded by family and friends. The only child of AM & Alice Cowie, Bruce was born in Los Angeles, CA. He spent his formative years on his family ranch west of Perris, CA. While attending Perris High School he attained the rank of Eagle Scout with the Boy Scouts and graduated in 1955. He then attended Cal Poly San Luis Obispo. Worked summers at CA Division of Forestry and worked at the Perris Post Office until joining the U.S. Army in 1960.

After leaving the Army in 1962 he returned home to work at the family business, Sun City Nursery. Married Georgina in 1964 and they had 3 children. Bruce joined the California Division of Forestry full time as an Engineer in 1966. Retired in 1991 as Deputy Chief.

After retirement, attended Mt. San Jacinto College where he met a long time friend, Caran, who he married in 1993. Bruce worked as a drug & alcohol counselor in Temecula.

After retiring again Bruce & Caran traveled in their motor home visiting their blended family. Bruce liked to spend his free time fishing, camping, reading military fiction and creating wonderful wood carvings and art objects. He also loved spending time with all his wonderful friends and attending church as a long time member of the First Congregational Church of Perris. Preceded in death by his parents.

He is survived by his sons, Scot & Robert and daughter Elizabeth and stepchildren Greg & Deborah. Also survived by 10 grandchildren and 4 great grandchildren: Bruce and Caran enjoyed 26 wonderful years before Bruce’s passing. He will be missed by his family and many friends.