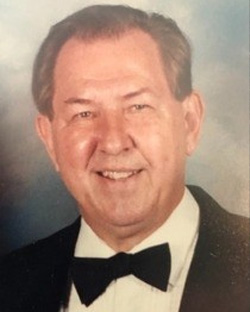 Longtime Chino, CA resident and dentist Bruce Otto Lensch, 87, passed from this earth to his eternal home in heaven on August 31, 2022, with his wife and family by his side. Bruce, an only child, was born October 7, 1934, in Beaver Creek, Minnesota, to Ruth and Otto Lensch. In early 1940, the family moved to Orange, California. Bruce attended St. John’s Lutheran School for grades 1 through 6. The family then moved to Riverside, California. Bruce graduated from Poly High School in 1952, continued on to Riverside City College and then to the first full year class of the University of California at Riverside. He started working many small jobs when he was just ten years old and began working for Stater Bros. Markets in 1950. For most of his school life, Bruce worked full 40-hour weeks. He was accepted to the USC School of Dentistry in 1956. In 1958, Bruce married Audrey Jean Rosenberg upon her graduation from California Lutheran Hospital School of Nursing in Los Angeles. After graduation from dental school, Bruce and Audrey moved to El Paso, Texas, as Bruce received an internship from the United States Air Force. Their first child, Linda, was born in 1961. After the intern year, he was assigned to Minot Air Force base in North Dakota where he served as a Captain. The family returned to Southern California in July 1963, where he established a thriving dental practice in Chino. Their second child, Bruce, was born in 1967. Dr. Lensch was a Chino City Councilman for several years, President of the Chino Kiwanis Club, President of Immanuel Lutheran Church, and President of the Chino Civic Center Authority. Before becoming President of the California Dental Association in 1983, he served as President-Elect, Vice-President, Secretary, Treasurer, and Delegate to CDA’s House of Delegates. He served USC Dental School as an instructor, assistant and associate professor, and obtained the rank of clinical professor. He was President of the Tri-County Dental Society, Chairman of the Board of Oral Health America, and a Regent of the International College of Dentists. Of all his accomplishments, Bruce was most proud of and devoted to his wife, children, and their families. He is survived by Audrey, his wife of 64 years, children Linda Kastelic (Richard) and Bruce Lensch (Patty), grandchildren Stephanie Swain (Lee), Amberly Gonzalez (Nathan), Taylor Lensch and Austin Lensch, and great-grandchildren Kylee, Carter and Liam Swain and Richard Gonzalez.