Written by Night For Vets on January 28, 2019. Posted in Gone But Not Forgotten 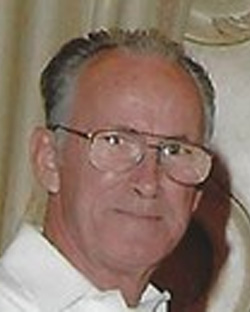 Carl L. Lackey Sr., 80, longtime Riverside, CA resident, passed away peacefully at home, surrounded by loving family on January 14, 2019. He was preceded in death by his wife of 37 years, Carole Lackey in 1999. He is survived by his children, Carl Lackey Jr. (Helen), Cynthia Williams, Pamela Kilgore (Ken) and James Lackey (Anastacia), along with 7 grandchildren (Brittany, Jonathann, Nick, Daniel, Lindsay, Stephanie and Ryan) and 1 great grandchild (Chloe).

Born in 1938 in Tampa, FL, he served in the United States Army from 1961 1967, serving two tours of duty in Vietnam during that time. Afterwards, he worked at El Toro Marine Base and Norton Air Force Base and retired in 1993. For the remainder of his life, he enjoyed listening to country music, spending time with his family, his morning coffee with his friends and the occasional casino trips.