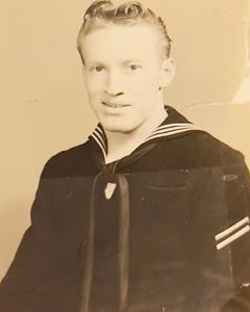 Carl Michael “Mike” Gibbs October 7, 1938 – August 20, 2022 Carl Michael “Mike” Gibbs was brought into this existence on October 7, 1938, in Pomona, CA. He left to be with loved ones and passed on August 20, 2022, in Apple Valley, CA. Mike is survived by his wife Barbara Anne Gibbs of 62 years, his 3 children: Barbara Jean Madson of Rancho CucamongaWilliam Michael Gibbs of Schertz, TexasCatherine Marie Naish of Hesperia, CA..and his younger sister Linda Nolan of Montclair, CA. He is also survived by his beloved kitty cat Maggie. Mike was the proud patriarch of 4 grandchildren and 6 great grandchildren. Mike proudly served his country in the branch of the United States Navy – on the USS Midway, from the years 1957 – 1963. While in the navy, he met the love of his life Barbara Anneand the pair set to wed almost instantly. That branch of the Gibbs family began in 1959. Through the years, Mike worked as a mechanic for various places, and then went on to work as a truck driver for Western Rock Concrete out of Montclair, California. Mike retired early from Western Rock due to health reasons, and then spent the remainder of his retired years traveling the country with his beloved wife and cat. Mike enjoyed camping, off roading, listening to honky tonk and working on his 1946 Willy’s Jeep.