Written by Night For Vets on April 4, 2019. Posted in Gone But Not Forgotten 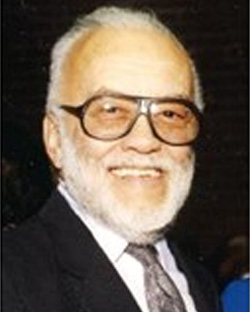 Carlton Bovell, a microbiologist and professor of biology at the University of California, Riverside for more than four decades, passed away at his home in San Rafael on March 12. He was born and grew up in New York City, the son of immigrants from Barbados, Carlton Rowland Bovell, Sr. and Winifred Anne (Heath) Bovell.

He served on the Italian front in World War II as a medic, treating American soldiers, Italian partisans, and captured German soldiers. He learned Italian and made friends in the town of Cascina, and stayed in touch with them through the 1970s.

Carlton Bovell received his bachelor’s degree at Brooklyn College in 1949 and his master’s degree there in 1952. He then moved to California to continue graduate studies at UC Davis, where he received a Ph.D. in biology in 1957 and was a fellow at Stanford University’s Hopkins Marine Station in Pacific Grove.

In 1957 Bovell began his career in the Department of Biology at UC Riverside. He quickly earned a reputation as one of the campus’ most dynamic teachers. When he won the Distinguished Teaching Award in 1969, his colleagues in the Academic Senate noted that his lecture courses “terminate with spontaneous student ovation.” In 1981, then Chancellor Tomas Rivera said of Professor Bovell’s teaching: “He has demonstrated teaching excellence…and he offers a humanistic perspective on educational issues. He has been among the most respected teachers and faculty leaders in UCR’s short history.”

Professor Bovell earned distinction in his research field of bacteriology, contributing numerous acclaimed scholarly papers. He specialized in biochemical and biophysical studies of the properties of cell membranes and metabolism in unicellular organisms. His work included studies of how microbes obtained metabolizable organic substances from the external environment and how external substances influenced the cell membranes and metabolism of microbes. He received an Alexander von Humboldt Foundation Fellowship from the West German government for a year of research at the University of Göttingen in 1970-71. He was a member of the American Association for the Advancement of Science.

He and Anna Dermutz were married in 1967.

Bovell’s roles as a UCR administrator included Vice Chair and acting Chair of the Biology Department and two terms as the Chair of the UCR Division of the Academic Senate, the faculty governing body on campus, in 1974-78.

Bovell returned to UCR in 1980 to take up the position of Vice Chancellor. He was responsible for oversight of the academic affairs of the campus, the campus budget, graduate division research and grants, University Extension, summer session, relations with schools, admissions, affirmative action, collective bargaining, and the Education Abroad Program.

In 1983, Professor Bovell returned to the Department of Biology at UCR to resume his responsibilities in teaching and research. He served as the Chair of the UC systemwide Academic Senate in 1990-91. In 1998 he was awarded the prestigious Oliver Johnson Award for Distinguished Leadership in the UC Academic Senate for performing outstanding service to the Academic Senate.

Carlton Bovell was the first tenured African American professor at UCR and among the first in the UC system. He was a champion of increasing diversity and representation of racial and ethnic minorities at UCR. He was Chair of the Black Studies Program and was instrumental in the establishment of the first Chair for American Indian studies in the UC system at UC Riverside in 1986, the third such program in the country at that time. He worked closely with Rupert Costo and Jeannette Henry, the two Native American philanthropists who funded the endowment, to ensure that their vision was realized. This new endowed chair position was intended to attract more Native American students to the campus. Southern California has nearly three dozen tribes and is one of the most culturally rich and diverse Native American areas in the United States. At the time of the endowment Bovell said: “It carries a strong message to Native Americans as a minority that has suffered segregation, discrimination and callous treatment by the majority.”

Carlton Bovell spoke Italian and German and loved classical music, especially Mahler, as well as Shona sculpture of Zimbabwe and Native American ceramics. He took interest in jewelry design and garden design and was proud of his early-learned skills of sewing his own clothing and cooking. He had a talent for building and designing beautiful, clever spaces in his home. In the words of a friend: “All of this made him a passionate and educated connoisseur of life and fun to accompany on his travels—be they around town or in the larger world away from home. Conversation was always rich and delightful. And quietly, at his feet was usually a large dog, or a little cat—you know a big heart when you find a guy who loves his pets as Carl did.”

Carlton Bovell is survived by his wife, Anna, of San Rafael.