Written by Night For Vets on June 10, 2021. Posted in Gone But Not Forgotten 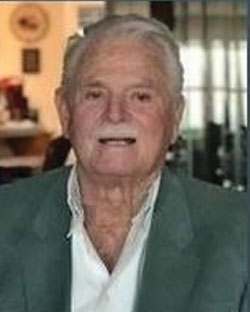 Cecil was selected for military service in 1951 during the Korean War, where he attained the rank of sergeant. After completing his service to his country, Cecil resumed his formal education, graduating from San Bernardino Valley College. He went on to earn his baccalaureate degree from San Diego State University. He was versed in the law and obtained his real estate license.

Cecil worked for Standard Oil Co. of California and ran two stations on the freeway by Stoddard Wells Road for Chevron, Standard Oil. He was the owner/operator of the historic Summit Inn and Summit Inn Services on Route 66 at the top of the Cajon Pass from 1966 to 2016, when he retired and sold the property.