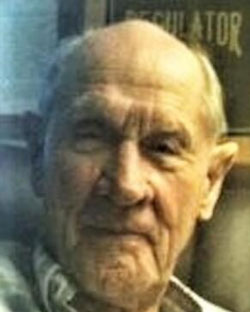 Chad Johnson, age 99, passed away in Palm Desert, California, on August 9, 2020 after a short battle with melanoma. Chad was born in Nashville, Tennessee on January 6, 1921. His family moved to California in 1933 and settled in Hollywood, where he graduated from Hollywood High School in 1939, and he was enrolled in the ROTC program while in high school. In 1942 Chad enlisted in the U.S. Army Air Corps and was discharged in 1946. He moved to Burbank, California and opened an auto repair business, where he remained until the late 1980’s.

Chad and his wife, Jean, relocated to Rancho Mirage in 1989 to Sunrise Country Club, but their summers were spent in Carpinteria, California.

Chad’s mission in life was to be helpful to others, be it family, friends, or strangers. Though he dearly loved his family and home, the “garage” was also an important part of his life. He could usually be found tinkering with a car, golf cart, building a cabinet, or repairing a broken chair, or helping others with a computer problem.

In 2014, Chad moved into a retirement facility in Palm Desert, California, “The Fountains at the Carlotta” where he spent the remainder of his life.