Written by Night For Vets on August 13, 2021. Posted in Gone But Not Forgotten 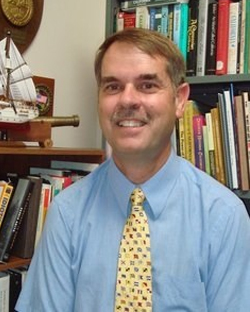 Charles (Doug) Kroll June 19, 1949 – August 3, 2021 Charles (Doug) Kroll, loving husband and father, passed away on Tuesday, August 3, 2021 in Williamsburg, Virginia at the age of 72 Doug was born on June 19, 1949 in Florence, South Carolina and was raised in Lanark, Illinois by his parents, Clifford and Martha Kroll. He was an ordained Lutheran Minister and U.S. Navy Chaplain, serving 24 years in the military. He earned a Bachelor of Science from the U.S. Coast Guard Academy in 1971, a Master in Divinity from the Luther Theological Seminary in 1980, a Master of Arts from the University of San Diego in 1985, and a PhD from the Claremont Graduate School in 2000. On May 1, 1976, he married Lana (Gerling) in New York City, they raised two sons, Timothy and Matthew. Doug enjoyed history and taught for 13 years at the College of the Desert in Palm Desert, California. He researched and published multiple historical books and articles on the Coast Guard, such as Commodore Ellsworth P. Bertholf: First Commandant of the Coast Guard and A Coast Guardsman’s History of the U. S. Coast Guard. Doug also enjoyed public and community service, volunteering thousands of hours to the Boy Scouts of America, the American Legion, and the Coast Guard Auxiliary. He enjoyed music and regularly played the trumpet in community bands and sang in multiple church choirs throughout his life. Doug combined his passions for the military, community service and music by playing Taps at funerals for veterans through Bugles Across America to honor his fellow service members of the armed forces. Doug’s lifetime of service allowed him to live all over the country and touch the souls of many people in Lanark, Illinois; New York, New York; St. Paul, Minnesota; Brewster, Kansas; Saginaw, Michigan; San Diego, California; Claremont, California; Palm Desert, California; Keizer, Oregon; and Williamsburg, Virginia. He is survived by his wife Lana, his two sons Timothy (Claremont High ’96) and wife Christine in Williamsburg, VA and Matthew (Claremont High ’97) and wife Amber in Washington, DC, and five grandchildren: Preston, Aiden, Brennan, Savannah, and Audrey. He is also survived by his brother Jim, sister Margaret, and several cousins, nieces and nephews.