Written by Night For Vets on July 26, 2018. Posted in Gone But Not Forgotten 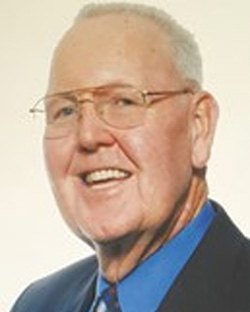 Charles Montell Maples, MD passed July 16, 2018 peacefully at his home in San Bernardino. He was born December 26, 1936 in Robinson, Illinois to Cannie and Buck Maples. Monty was preceded in death by his loving wife JoAnn Jean Maples and is survived by his daughter Tamma Maples, son Monty J and his wife Tracy, son Richard and his wife Jen, grandchildren Emily, Michael and Christopher. Monty graduated from Wabash College and went on to complete his medical degree at the University of Illinois. After completing his internship at Cook Co. Hospital, he worked in Robinson, Illinois until moving to San Bernardino in 1974 where he opened his own office in San Bernardino. He was a founding fellow of the American Academy of Family Physicians. Monty was an avid golfer, proud of his HOLE IN ONE at the Arrowhead Country Club. He was a member of the Shriners and an active mentor at the Arrowhead Regional Medical Center. He served our country in the Vietnam War as an Army physician. Monty will be well remembered by numerous friends and family.