Written by Night For Vets on July 3, 2018. Posted in Gone But Not Forgotten 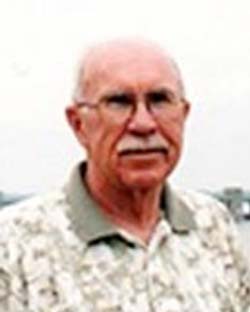 Age 83, passed away from complications of Alzheimer’s, on Wednesday, June 27, 2018 in Riverside, CA. He is survived by his loving and devoted partner of 21 years, Mona Marsh and her six children and their families; his two daughters Debi Muir and Susan Elving; his two sons-in- law John R. Muir and Paul Elving; his four granddaughters Jessica and Brittany Elving and Ciara and Arianna Muir; his great granddaughter Paislee Wright and his brother John Parham and his family.

He was born on June 5, 1935 in Sapulpa, Oklahoma to Charles “Homer” and Monta Elizabeth Parham. Shortly after his birth his family migrated to San Bernardino, CA. He graduated from San Bernardino Senior High School in 1953 and later attended night classes in Riverside (majoring in engineering) while working during the day at his father’s Mobile gas station in Riverside, in order to support his family. He served in the U.S. Army from 1959 to 1964, and was honorably discharged. He married Hattie Joann Purden in 1960, and they remained married until her death in 1995.

He worked as an Engineer for FMC in Riverside for 30 years. One of his many accomplishments at FMC was designing the machinery for Arlington Heights Citrus Company, which at the time, was the largest packing house in California. He was an Elder and Deacon at University Christian Church, until it closed. He was a beloved resident at Sunrise Memory Care Center in Riverside for over two years, before moving on to Pacific Vista in Riverside.

He would light up a room with his big smile and beautiful blue eyes. He was a passionate Dodger fan and loved to listen to Willie Nelson, while eating sugar cookies and black licorice flavored taffy. He was a generous, kind and gentle soul. He will be tremendously missed by his family and loved ones.