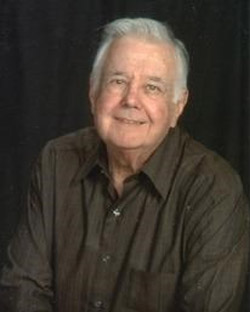 Kit (08/15/1930 – 06/18/2021) was born in Milwaukee, WI on August 15, 1930 to Clarence and Mildred Kirchoff. He attended St. Michael’s Catholic School, Peckham Jr. High, and Washington High. Kit enlisted in the Air Force in 1947, completing Basic Training at Lackland. After tours in South Ruislip, England, March AFB in CA, Galena in Alaska, Ellsworth in South Dakota, and Kadena in Okinawa, Japan, he returned to March AFB for retirement as a Chief Master Sergeant (Security Police Superintendent) in 1969. Throughout his long military career, he was instrumental in rewriting the Air Force Security Manual and in creating new security policies and procedures for the newly established Aircraft Alert Area. While at Kadena he completed a BA from University of Maryland in Tokyo. After retirement from the Air Force, he began work as a Deputy Probation Officer for the Riverside County Probation Department. Starting as an Adult Court Investigator, he advanced to Supervision of the Family Support Unit, Asst. Director of Administrative Services, Asst. Director of Riverside Juvenile Hall, Director of Administrative Services, Director of Riverside Juvenile Hall, and Chief Deputy of all Field Service Divisions. He retired in 1995 as Asst. Chief Probation Officer. During his Probation Officer career, he found time to complete an MA in Correctional Counseling and an MA in Marriage, Family, and Child Counseling (MFCC). He also pursued postgraduate work toward his Doctorate in Human Behavior at United States International University. Kit was a Eucharistic Minister at Our Lady of Perpetual Help Catholic Church, and a Life Member and Past Grand Knight of the Knights of Columbus Council 4793. He was preceded in death by his parents, his brothers James of Saxton, PA, and William of Milwaukee, WI, and his sisters Sharon and Clarice of Milwaukee, WI. He is survived by his lifelong love, his wife of 72 years, Patricia (Klees); daughters Kristine Borcuk (Steve), Robin Sinkhorn (Dr. Paul), Nancy Orozco (Al); sons Michael, Timothy (Donna), and Jon, all of Riverside. Kit was blessed with 18 grandchildren and 20 great-grandchildren. He was truly a man of integrity and honor and the absolute best husband and father a family could ever ask for.