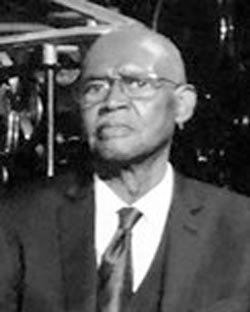 Rev. Clifford Harris, well known religious leader in Riverside and San Bernardino Counties, passed away peacefully at age 82 surrounded by family. Born in Mt. Carmel, South Carolina, Rev. Harris was reared in Cincinnati, Ohio. It was there that he met and married the love of his life, Bettie J. Warren while serving in the United States Air Force. He traveled around the world, finally retiring from the military as Master Sergeant and settling in Riverside, California.

A graduate of Northern Michigan University with a Bachelor of Science degree in Sociology and a Masters of Arts degree in Education. He worked for Chapman College for 20 years and was the Dean of the college’s External Degree Program. He was also a candidate for a Doctorate in Theology from Trinity Theological Seminary. He was the former Pastor of Greater 20th Century Baptist Church in Rubidoux for 17 years and retired as Pastor of Ajalon Baptist Church in Palm Springs, California.