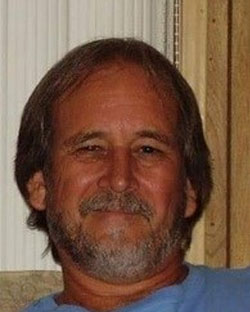 Curtis Lee Richardson, age 67, passed away peacefully January 4, 2021 in Redlands after a long illness with end stage renal disease. He was born February 18, 1953 in Miami, Fl. He was predeceased by his parents, Walker and Mildred (Onder) Richardson. Shortly after graduating from Lake Elsinore High School in 1971, he enlisted in the Air Force. He was stationed in Bitburg, Germany as an Aircraft Mechanic. Curtis was a long-time resident of Redlands, Ca., where he was self-employed as a General Contractor until retiring in 2009. His greatest joys in life were his daughters, his wife, and his 2 yr old granddaughter. Curtis is survived by his wife Linda, daughters Laura and Kristen, granddaughter Liliana, sisters Sharon Nixon, Karen Pecora, Rebecca Grahek, brothers Mark and David Richardson, as well as numerous nieces and nephews.