Written by Night For Vets on June 6, 2018. Posted in Gone But Not Forgotten 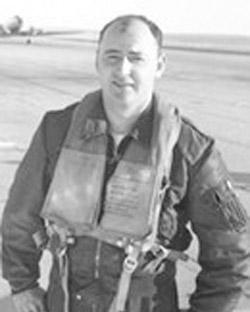 Beloved husband, father, grandfather, and friend joined his heavenly Father on May 23, 2018. Cy was born on April 5, 1931 in St. Libory, Nebraska and moved to Plattsmouth, Nebraska with his parents and twin sister, Patricia, as a young child. Cy graduated from Plattsmouth High School in 1949 and the University of Nebraska- Lincoln in 1953.

Cy served in the United States Air Force, both stateside and overseas, retiring in 1974 from March Air Force Base in Riverside, California with the rank of Lieutenant Colonel. After retiring from the USAF, he worked in civil service in Riverside and San Bernardino counties. Cy loved to share stories with his many friends and family. No one was a stranger for long and all were welcome at his table. Cy’s quick wit and sense of humor will be greatly missed.

Cy married Mary Winter in 1964 and they spent the next 54 years together raising their two children, traveling, and being active in their church and the community.