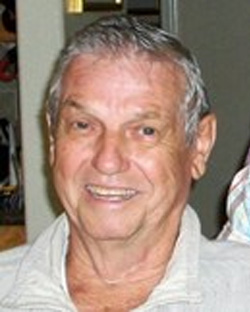 Dale met Mary Patricia Combs while attending the University of Missouri, they married on June 21, 1955 at Marana Air Force Base in Arizona. During Dale’s time in the USAF they moved many times, eventually landing in Riverside in 1971. Dale retired from the USAF (Maj.) in 1976, serving 21 years, first as a pilot (C-130) then as an auditor. He went on to earn his masters degree in accounting from Pepperdine University. As a Certified Public Accountant he held the position of Director of Fiscal Services for both Rialto and San Bernardino Unified School Districts, retiring in 1994. Dale liked to BBQ and was a great cook. He enjoyed growing tomatoes and tending to his rose garden. Together, Dale and Pat loved traveling along with spending time with their children and grandchildren.

Preceded in death by his wife of 52 years, Mary Patricia Berkley. He is survived by sister Marjorie Constantine and will be greatly missed by his son Stephen Berkley and wife Eileen Berkley; daughter Beverly Chapin and husband Mark Chapin; son William Berkley and wife Tina Berkley; 6 grandchildren, 5 great grandchildren and numerous niece and nephews.