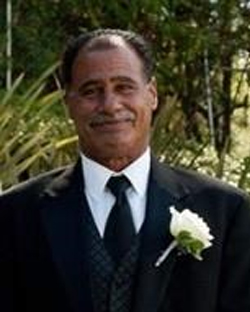 It is with great sadness to announce the passing of Daniel John Mazza on Monday, June 22, 2020 at 3:28am after his brief battle with lung and brain cancer. Daniel is no longer suffering or in pain. He was 63. Daniel was born on September 17, 1956, in Hartford, Connecticut, to his father Joseph Salvatore Mazza and mother Mary Antoinette DeLuke (Mazza). He was the middle child, with his older brother being Joe and younger brother, Raymond. Daniel grew up in Windsor Locks, CT and played soccer all through high school as a fearless and aggressive goalie. After high school, he joined the Navy as a Seabee and was stationed in San Diego, California. Once discharged, he went back to Connecticut and prepared to come back to California. In 1979, he drove to California where he would end up establishing his family and future life. It was in Hemet, California where he met his wife Carla; who would eventually give birth to their two sons-Anthony and Daniel. He started working in construction for his father-in-law and didn’t look back. Daniel ended his career with Larry Jacinto Construction where he worked for nearly 30 years. If it was still up to him, he’d still be working for them. Anthony and Daniel will always remember their father as being a great provider for their family, a hard worker, supportive, and a fun person to be around. Daniel loved playing golf, fishing, and relaxing. He would go golfing annually with his sons for Father’s Day. When Anthony and Daniel were younger, their father was highly involved in their baseball and football activities. He was their biggest fan and was always at their games. Daniel would leave work early just to make games and show support, even if it meant showing up in his bright orange construction vest, muddy boots, and crazy hair. Whether it was playing catch, watching WWF, or football on Sundays, Daniel always included his sons. Daniel was preceded in death by his father, Joseph, and his mother, Antoinette. He is survived by his sons Anthony and Daniel, their mother Carla, his grandchildren- Isabel, Brayden, Gemma, Aubrey, and DJ, his brothers Joe and Raymond, his nephews Joe and Jonathan, and his great nephews Joey and Vinny. Daniel was a person with an infectious smile and a one of a kind personality. He will be missed by all of his friends and family.