Written by Night For Vets on June 6, 2019. Posted in Gone But Not Forgotten 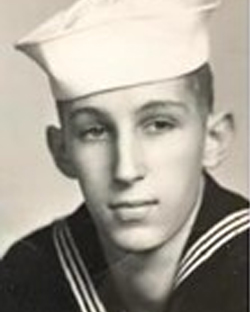 David Walton Fuller passed away peacefully in Newport Beach, California on May 20th, 2019 after a courageous battle with cancer. His two children were by his side when he went to join his beloved wife, Gail, in Heaven.

Dave was born on May 28th, 1936 in Orlando, Florida, and was the youngest child of Russell Lewis Fuller and Helen Foley Fuller. His family lived in Winter Park, Florida where he attended high school. After high school, Dave joined the Navy and was stationed in the Mediterranean. Upon his discharge, he attended Stetson University in Deland, Florida where he met the love of his life, Gail Granade Fuller. Dave and Gail were married on December 28, 1957.

Following their marriage, he studied at the University of Miami and was a devoted Hurricanes fan. In 1971, they relocated to Fullerton, California with their two young children and resided there for forty-four years.

Dave enjoyed a long and rewarding career with (Hertz) Penske Corporation where he worked for over 30 years and made many lifelong friendships. He also enjoyed golfing at Alta Vista Country Club, where he was a member and had many treasured friends. Dave loved IndyCar Racing, USC Trojan Football, Corona del Mar High School sports and spending time with his family.

Dave was preceded in death by Gail, his beautiful wife of fifty-six years, and by his parents. He is survived by his son, Tad David (Kimberly) of Puerto Vallarta, Mexico; his daughter, Darby Olson (Rex); and his four grandchildren, Drew, Taylor, Matthew and Troy of Newport Beach, California; and his sister, Judith Johnson, of Brandon, Florida. He was also cherished by many cousins, nieces and nephews.