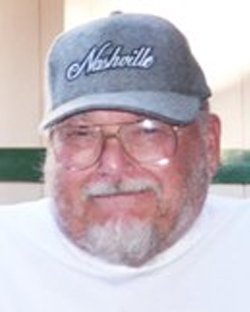 Age 85, passed away on April 22, 2018 at South Lake Tahoe, CA. David was born in Corona, CA on November 22, 1932. He attended school in Corona and lettered in football at Corona High. He started classes at Riverside City College before enlisting in the U.S. Air Force. David served 4 years in the USAF as a radar technician at Eglin AFB, Florida, reaching the rank of Staff Sargeant. David married Joyce Self July 11, 1953 while in the service.

Returning to California, David worked for more than 35 years as a Customer Engineer at IBM where he serviced mainframe computers across all of the Inland Empire and Clark County, Nevada, before retiring in 1991. David and Joyce moved to South Lake Tahoe in 1996. A true blue Dodgers fan, David could only rarely be found without his Dodgers cap. David is survived by his wife of 64 years Joyce (Self); sons David (Sue) and Mark (Andrea) and his daughter Susan (Lynn).