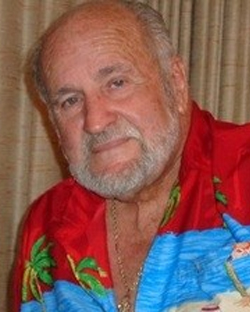 David Marc Zerbe, of Fontana, California, passed away in Ontario, California on June 12, 2022 at the age of 81. David was born in Washington, D.C. on October 1, 1940 to father, David Zerbe and mother, Mary Lloyd. He had five sisters. David soon relocated to Maryland where he grew up. While in junior high school David met Linda L Welsh and they dated for some time. Unfortunately, the relationship did not last. David graduated from Wheaton High School in Montgomery County, Maryland and soon after enlisted in the U.S. Navy. On January 20, 1964 David’s duty in the Navy was finished and was honorably discharged with a BTFN rank. David ended up marrying junior high school sweetheart, Linda on December 5, 1981. They would make their family whole following the union with their children David Jr., Wendy, Michael and Teresa. David made a big move to California where he remained in the San Bernardino County for 41 years. He went to work as a pipe welder for some time but eventually crossed over to work for the Red Cross Disaster Relief. David can be remembered for his favorite activities which included hunting, fishing, and playing golf. While living in Georgia for some time, David was a Mason. He joined the local Baptist church when moving to California and in 1997 became a member of Sunrise Church in Rialto. However, his happy place was Rancho, La Roca, San Felipe, Baja where he built, from the sand up, his retirement home at the beach.