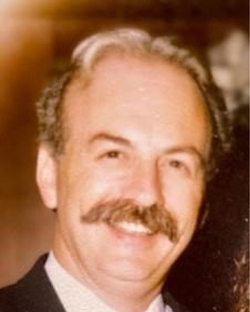 Age 74, loving husband of Ellen V. (Oslund) Macala, passed away on December 25, 2021 at Riverside Community Hospital. Dennis was born in Cleveland, Ohio to Donald M. Macala and Norma R. (Metcalfe) Macala on September 2, 1947. His family moved to Riverside in 1957. He honorably served in the United States Navy during Vietnam on the USS Okinawa. He and his wife Ellen were married on July 3, 1966. Dennis was in law enforcement for 28 years. He was with the Riverside County Sheriffs Dept., Redlands Police Dept., and the Riverside Police Dept. After retirement he was an educator with Riverside County schools for 10 years. Dennis was a devoted member of All Saints Episcopal Church in Riverside for many years. Dennis is survived by his loving wife Ellen (Oslund) Macala, his two daughters Kimberly K. Campbell and Kirsten K. Rosales, four grandchildren, five great grandchildren, his brothers Randall (wife Katie) Macala, David (wife Mary) Macala and sister Karen (husband Ron) Plechaty. Dennis (Paca) will always be loved and remembered.