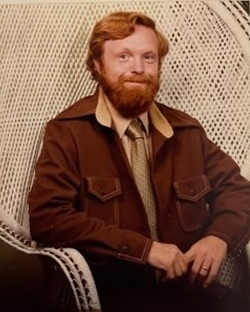 August 31, 1943 – September 5, 2021 Dennis Parr, 78 of Montclair, CA, passed away on September 5th after a short battle with lung cancer. Dennis was born August 31, 1943, to Walter and Eloise Parr (Barter) in Spokane, Washington. He graduated from Shadle Park High School in 1961. Dennis enrolled in the United States Navy in 1960 and was deployed in 1961 on submarines. He had the opportunity to serve on the following boats: USSSKIPJACK, USS SABALO, USS CARONERO, and USS STERLET. Qualified in submarines on the USS SABALO in 1964 and was an EM2 when he left the Navy and was an E5. He served from 1960-1966. Dennis is survived by his wife Donna Parr (Stice) of 47 years. His 2 daughters Christine Milliken-Parr of Tennessee and Kelly Straws (Parr) of California. Dennis had 3 stepchildren by marriage, Glen Smith of Texas, Tracy Gregory (Smith) of Utah, and Alison Smith of California. As well as 3 grandchildren Nicole Kinkead, Ash Straws, Madison Lewis, and proceeded in death by Grace Dupuis Wilson. Dennis had 2 great-granddaughters Calleigh and Melanie. His sister Bonnie Acton (Parr) and her husband Thomas Acton. He is also survived by several nieces, nephews, and cousins.