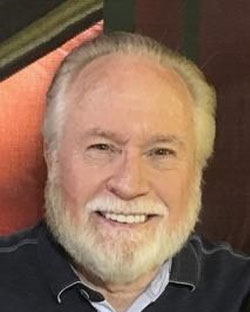 Donald Scott Dark, Age 75, passed away on December 16, 2020 at The Grove Care and Wellness in Riverside, CA. He was born on February 2, 1945 in Pomona, CA. He was a resident of Riverside, CA for the last 22 years, previously of Upland, Montclair, and Pomona, CA. He worked as a produce buyer for Valley Fruit & Produce, retired in 2010. He served in the U.S. Navy as a Machinist Mate from 1965-1967 and USNR Reserves from 1967-1971. He graduated from Cal Poly Pomona with a BS in Business Administration in 1991. Donald is survived by his daughters Tracy Dark of Riverside, CA and Kelly Amon of Highland, CA; son Brian Dark of Sylmar, CA; brother Jim Dark of Camarillo, CA; sister Donna Britton of Dana Point, CA; and grandchildren Bailee and Taylor Amon of Highland, CA.