Written by Night For Vets on June 8, 2022. Posted in Gone But Not Forgotten 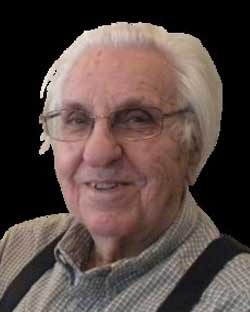 Donald Lee Roy Fillhart died on May 20, 2022, at age 93. He was born September 4, 1928, in Pasadena, California, to Clarence and Elizabeth Fillhart, the fifth of nine children. Don was preceded in death by his wife of 59 years, Helen, son Eric, and six siblings. He is survived by his son, Greg (Karyn); daughter, Joan Silva (Randy); two grandchildren, Camille and Collin; and brothers, Robert and Stephen. He resided in Upland, California since 1956. After graduating from Pasadena High School, Don served in the Navy during the Korean War on the aircraft carrier USS Valley Forge. Upon his return, he graduated from Pasadena City College. During his 37-year career with Lockheed as an aircraft mechanic, he worked on such exciting projects as the SR71, U2 and C130 gunships. Don had many interests including building a camper and home addition, boating, dancing, traveling, woodworking, square dancing, singing in the church choir, serving the community, reading and puzzling. He was a member of First Lutheran Church, the Roadrunners, Elks Club, Power Squadron and Foresters. He was a charmer with a silly sense of humor. He was always proud of his children and grandchildren.