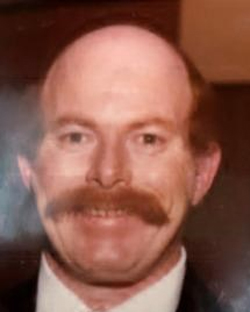 Donald R Gilbert passed peacefully on July 11, 2020, at the age of 74. Don, a graduate of Ramona High School Class of ’62, was a star athlete and scholar. He attended the University of Kansas on a ROTC scholarship. Don was always proud to play on KU’s football team with the famous Gayle Sayer. Returning to Riverside, his Ramona coach, Fran Bushman, got him a tryout with the CA Angels and he played on the AAA team in Arizona. Upon being drafted, Don joined the U.S. Marines Corp. During his tour in Vietnam he was awarded the Bronze Star for Valor and a purple heart. After completing his tour in the service in 1968, he married his sweetheart Norette Goodgame. They remained married for 52 years. He would often say “She brought me to the party”. Don was an entrepreneur, starting numerous foodservice businesses in the Inland Empire, and owned the first food truck in the county in 1972. He co-created the employment company Auto Careers. His family and friends remember Don as a man of many talents, an avid golfer, fisherman, and tennis player. He was self-taught on the piano, guitar and mandolin. He wrote poetry and loved to write limericks for family and friends’ celebrations. Don’s generosity was not kept just for family. 45 yrs ago Christmas Eve he read of a local family not having gifts for their children, within 4 hrs., his family drove a car full of gifts to the house. This started a tradition of Christmas parties that provided gifts for local families and continues to this day. Don’s laughter and his life-long loyalty and generosity to family and friends will be greatly missed. If you were a friend of Don, you were a friend for life. Don was preceded in death by his parents Richard and Frances Gilbert and brother Jim. He is survived by his wife Norette Goodgame Gilbert, brother Richard, sister-in- law Cathleen Goodgame Berndt, brother-in-law Robert Berndt, nieces Sarah Berndt Rhodes and Christine Gilbert Dansk, nephews James Berndt , Stephen Gilbert, Michael Gilbert ,and 7 great-nieces and nephews. To love and be loved is the greatest gift of all.