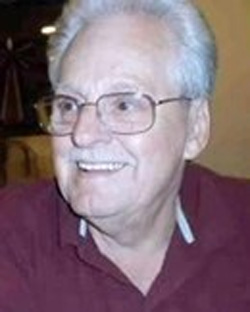 Donald Bruce Mayotte Sr. passed away peacefully at home in Sparks, NV on May 24, 2018 at the age of 84. Donald “Don” was born on April 24, 1934 in Exeter, New Hampshire. He was married to Christine McCarthy from 1958-1993, until her passing. They had 7 children together; Donna, David, Linda, Donald Jr., Michael, Melissa and Patricia. He served as a Staff Sergeant in the United States Marine Corps and retired after serving 20 years. He was also a hard working truck driver for McLane Trucking where, at the age of 70, he retired after 30 years.

Donald is survived by his brother Alfred James Mayotte Jr, age 92, 7 children, 30 grandchildren, and 24 great grandchildren. Donald was loved by many and will be remembered for his integrity and sense of humor. He was a stoic and strong man and fought tooth and nail until his last breath. He was reunited with the love of his life and they are dancing with the angels in heaven. We will miss you Dad/Grandpa always.