Written by Night For Vets on October 18, 2018. Posted in Gone But Not Forgotten 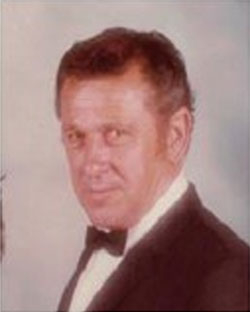 Donald Schroth, 87, passed away peacefully September 23, 2018 in Riverside, CA. Born in the backseat of a neighbor’s borrowed car on Hwy. 99 outside of Delano, CA, Don was the twelfth of thirteen children born to Karl Emil Schroth and Hattie (Stull) Schroth. He grew up on a farm in Delano and later Porterville, CA, graduating from Porterville, H.S. in 1948. He attended jr. college there and later Fresno State University before joining the Air Force in 1951.

He was stationed at Chanute Field, IL (1952), March A.F.B. (1953-1962), Toul-Rosiere, France (1962-1965), and Charleston, S.C. (1965-1971) retiring after 20 yrs. as a CMSGT. Avionics Maintenance. Donald Schroth earned a bachelor’s degree from Univ. of Nebraska-Omaha and later a master’s degree in history from the University of Redlands. He taught JROTC in high school for 1 year at Dominguez Hills H.S. in Calif. and then 4 years in Wiesbaden, Germany. Returning to Riverside in 1976 he worked at Riverside City College until 1996. The last 2 years there he served as President of the CSEA, earning the respect and admiration of those he represented. He remained active in the CSEA-Retirees Association at Flo’s Restaurant monthly for his “biscuits & gravy”. After his retirement, Don got involved with the AYSO with his grandson, Dylan, continuing as a volunteer official until he was 80.

He loved spending time at the cabin he built in Big Bear, taking cruises with his loving wife Edna, and working his yard with its many fruit trees and cactus. He was a good and decent man and a friend to everyone he met. Donald Schroth was preceded in death by his wife and best friend for 63 years, Edna Frances (Brooks) Schroth in 2014. They met and were married in Boston, Mass. on Nov. 3, 1951.

They were completely devoted to each other through lifes adventures and challenges. Surviving are some of those challenges, sons David (Laura) of Minneapolis, MN, Kenneth, Craig, and Don Jr. of Riverside, CA; grandson Dylan of Riverside; granddaughters Anastasia and Zhu Er of MN; brother William of Helena, MT and many beloved nieces and nephews. Special thanks to Dawn Gazaway for help as a caregiver. They spent many afternoons laughing with and at each other. Don kept his unique sense of humor and infectious grin until the end.