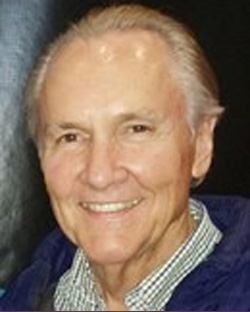 A veteran of the 3d Armored Cavalry, United States Army, he served at the tip of the spear as a tank driver, rushed to Germany during the Berlin Wall Crisis. His career in single seat, open wheel motor racing began at the Jim Russell International Racing Driver’s School, Willow Springs, CA in 1970.

His experience included test driving, instructing (including instructing celebrities for their participation in such pro-am events as the Long Beach Grand Prix), and racing professionally at the Formula 5000 level. He campaigned a Lola T-300 in Formula 5000 series races at Riverside International, Laguna Seca, Michigan International, Mid Ohio and Watkins Glen, competing with such legendary international drivers as Mark Donohue, Jody Scheckter, and David Hobbs.

Following his racing career, he established Westforms Company in Riverside, CA, a business forms and solutions company serving medical centers and the banking industry. His enthusiasms included sport parachuting (his near 1000 jumps contributing to the establishment of the sport in its nascent years), alpine skiing, alligator hunting, and flying his Super Swift, an aerobatic vintage aircraft.

He was laid to rest with military honors beside his parents in the Barrow family gravesite on May 30, 2018, at Grace Episcopal Church Cemetery in St. Francisville, LA. Doug’s family wishes to express their gratitude to the caregivers of The Hospice of Baton Rouge and Saint James Place for their support and comfort.