Written by Night For Vets on August 16, 2018. Posted in Gone But Not Forgotten 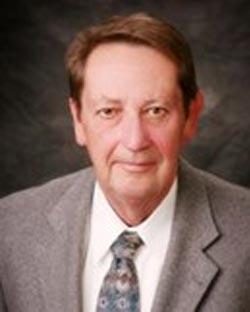 Dr. Edward J. Ryan died on August 6, 2018 at home after a long fought battle with cancer. He was born on June 27, 1946 in Spalding, Nebraska and lived his childhood in Greeley, Nebraska. He is survived by his wife of 20 years, Charlotte K. Ryan along with daughter Stephanie C. Ryan and son Eric J. Ryan, grandsons Justin Bolin and Dylan Bolin. He was step-father to Michele Nelson, Eric Baumgart and Julie Baumgart and six step-grandchildren. He is also survived by four brothers and one sister; Jim Ryan, Dan Ryan, Richard Ryan, Frank Ryan and Marilyn Ryan.

Dr. Ryan was a licensed clinical psychologist for 36 years and the majority of those years was in private practice. He did psycho diagnostic testing of children, adolescents and adults that were both victims and perpetrators of abuse and criminal behavior. He was also an expert witness in many of the courts in California and other states where he would testify on diagnostic and treatment issues of sexual assault, child abuse, child custody, parenting issues and competency to stand trial. Ed made a positive impact on the lives of many minors and their families with his work throughout the years.

Ed was a highly decorated U.S. Army Infantry veteran with service in West Berlin and South Vietnam as SSGT. He was awarded the Silver Star, Bronze Star (2), Purple Heart (2), Combat Infantry Badge and Combat Air Metal(2). Since 1992 Ed had been a member of Vietnam Veterans of America Chapter 47. He served as Chair of the PTSD (Post Traumatic Stress Disorder) committee for California State Council. He also was on the National PTSC committee in Washington D.C. Ed presented seminars on PTSD to local VVA Chapters, State Council and to military returning from Iraq and Afghanistan. Dr. Ryan helped many of his fellow veterans with his knowledge of PTSD.