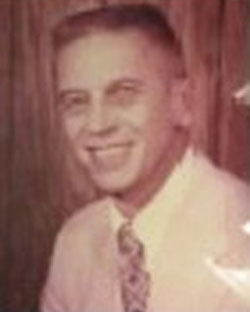 Dr. Marion Lawrence Smith passed away peacefully on August 31, 2018 in Riverside, California at the age of 89. Dr. Smith was passionate about medicine and providing an exceptional patient experiencepracticing over the past sixty-five (65) years. He was born on November 4, 1928 in Santa Fe, New Mexico, graduating from Southwestern Medical School in Dallas Texas in 1953. Completing his medical residency and internship in General Medicine at Riverside General Hospital University Medical Center (today known as Riverside University Health System Medical Center) in Riverside, California between 1953 and 1955. Serving as a Medical Officer in the United States Navy between 1955 and 1957.

He returned to Riverside and began to practice medicine in 1957. The Riverside community was a place that he felt very connected. He was appointed to medical staff at Parkview Community Hospital, between January 1959 and November 2010, in varying capacities such as delivering babies, assisting in general surgery, and serving for several years as Chief of Medical Staff beginning in 1965. Dr. Smith was part of the Riverside Family Physicians team from November 2004 until his passing in 2018.Dr. Smith was charismatic with a warm-smile and laughter that made everyone feel better no matter the situation. One patient stated the following of Dr. Smith, “He has earned my utmost respect for bestowing my family with decades of unwavering skill and knowledge, instilling his patients with the confidence and peace of mind that only a well-seasoned physician with his many years of experience can elicit. The epitome of competence and balance.” Another patient stated, “Dr Smith is the BEST. I love him!!” Still another patient stated, “Dr. Smith is kind & caring.” This was the man that patients, as well as co-workers and colleagues alike knew first-hand.

Married twice, Dr. Smith had five children from his first marriage and two stepsons from his second with many grandchildren and great grandchildren. He became a widow by his second wife in 2009, Winnie Smiththe love of his life. Together they were passionate about animals.