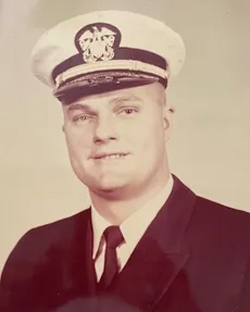 Edward A. Beron, M.D. was born on April 20, 1936, to Albert and Mary Beron in Brooklyn, New York. At age 12, Ed suffered an injury resulting in severe breaks in his feet and ankles. With the inability to play sports, he took up swimming which became a passion. Ed and his family moved to LA when he was 15, and he broke and held several city records for the Hollywood High School swim team. The sport ended up taking him to Annapolis for college. Prior to graduation, and despite his determination and love for the Navy, Ed contracted TB and was denied entry to serve for his country. Ed returned to Los Angeles where he enrolled in classes at USC which eventually led to his acceptance to Washington University School of Medicine in St Louis. After graduation, Ed and Bette were married and moved to Los Angeles where Ed completed his medical internship at Good Samaritan Hospital and then began his residency in surgery. In that first year, Ed was drafted into the Army during the Vietnam War despite his dedication to the Navy while at Annapolis. Eventually Ed was able to convince a few former connections to transfer him to the Navy. His service included volunteering for submarine duty, leading him to attend Submarine School in New London, CT, and Deep-Sea Diving School in Washington, DC. Ed then served as a medical officer on the USS Tecumseh out of Guam. Stationed in San Diego, he served as a medical officer with the Submarine Development Group I where he monitored diving sites around the world. Bette was always as close as she could be whether it was Hawaii or San Diego. After three years in the Navy, Ed returned to Los Angeles where he and Bette settled. There he completed his radiology residency while starting their family of five. Ed and Bette had two boys and a girl while Ed worked as a radiologist in Los Angeles. Eventually Ed and Bette moved to La Quinta, and Ed practiced in Palm Desert until his retirement. Ed leaves behind the love of his life of 58 years, Bette, three children Edward (Anna wife, granddaughter Elle), Chris (wife Penny), and Jennifer.