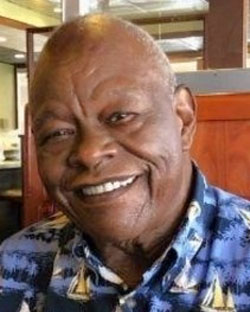 On December 19, 2021, at the age of 83 Edward Delano Butler passed away unexpectedly at his home in Loma Linda, CA. Edward was born in Norristown, PA to the late John Willie Butler Sr. and Josephine Butler. As a youth he attended school in Norristown, PA, and as an adult completed his higher education in the San Francisco Community College district. Edward served 11 years in the U.S. Navy. As a civilian he worked as a machinist at Hunters Point Naval Shipyard in northern CA before settling the last 45 years in San Bernardino County. Although he departed as a bachelor, Edward thrived on the good company of family and friends. Visiting or dining out were favorites, typically wearing his signature Kangol hat or a ball cap as a style statement. Fishing trips, family gatherings or sibling phone calls were routines for keeping ties. Edward’s sly sense of humor and comical observations about human nature were punctuated by his big, contagious laugh. He had a sensitive side and often gave tokens of appreciation or helpful advice to friends. Edward liked painting, landscaping, health and fitness and cooking. His seafood gumbo was a family delight. In his youth Edward aspired to be a boxer, but he also gained skills to bob and weave the unexpected punches of life. Edward is survived by brothers Robert Butler of WA, Emanuel Butler Sr. of CA and sisters Jennifer Hulsey of ME, and Deborah Butler of GA. Edward was predeceased by three brothers, Benjamin Butler of PA, Omar I. Shamsid-Deen and John Willie Butler Jr. of CA, and an older sister, Mary Ward of Norristown, PA.