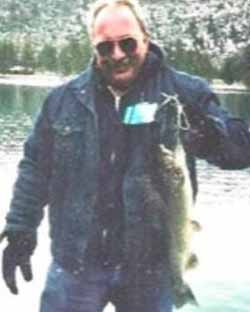 July 2, 1948 – July 12, 2022 Edward (Ed) Joseph Gregor, retired high school teacher and long-time resident of Grand Terrace, CA, passed away July 12, 2022 at the age of 74. Ed is survived by his wife Elizabeth (Betsy) Gregor; two sisters and their spouses, Luanna and Tony Ryan and Linda and Jim Peterson; nephew Patrick Ryan; and nieces Cindy Herbert and Kelly Peterson. It was Ed’s request to not have a funeral service. Ed was born in Riverside, California to Hubert O. and Roberta G. Gregor on July 2, 1948. The family lived in various locations in the Inland Empire, settling in Bloomington in 1957. Ed attended I.D. Perry Elementary School, Bloomington Junior High School, and graduated from Bloomington High School in 1966. While in high school, he participated in several sports, including baseball, football and wrestling. After high school, Ed attended San Bernardino Valley College and went on to receive his Bachelor of Arts Degree and Master of Arts Degree in History from Cal State San Bernardino. Ed’s dad, Hubert served in WWII from 1941-1945 in Europe. Ed loved history and his country and chose to return to his Alma Mater, Bloomington High School to teach History. When he was hired, there were no openings in the History Department so he began his teaching career teaching Math for two years. His career spanned from 1971-2008 when he retired. During his time at Bloomington High School, he coached freshman football, wrestling, and girls’ basketball. In 1984, Ed became the Director of Student Activities while continuing to teach History. Ed loved teaching at Bloomington High School, and always enjoyed seeing current and past students. He remembered his former students by name, the year they graduated, and any family members they had that also attend Bloomington High School. Those who knew Ed, know that he loved the outdoors, including spending time camping and fishing with family and friends. Ed also loved to BBQ, and sometimes even got up at 4:00 a.m. to start up the grill. Friends said they could smell his cooking in the early hours. He enjoyed sharing this fare with friends and colleagues. Ed was a kind and generous person who shared his generosity and humor with all. He and his lifelong friends were always willing to help others in need. He was a person of strong character and morals. He will be remembered as a story teller. Whatever crowd he was in, young or old, he always entertained them with stories of the funny experiences he had with friends and family. He was a man of character and a character himself. One of a kind. Ed married late in life when he met up with Betsy who he knew while in high school. They quickly became the joy of each other’s lives. Sometimes life does not give us the time we want, however it does sometimes give us the LOVE. Until we meet again. You are now with the Keeper of the Stars.