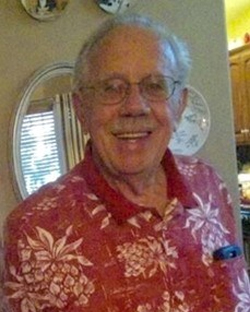 September 30, 1942 – February 6, 2022 Ed passed away in the early hours of February 6, 2022. He was born in Akron, Ohio to Howard and Jane Meech. He attended Cardinal Mooney High School in Youngstown, Ohio before joining the United States Air Force from 1961 and was honorably discharged in 1964. He married his wife Willene of 57 years, on February 8, 1964 and moved to Pomona, California to begin their lives together. Ed worked for Tamco (Ameron) Steel for 40 years. He is survived by his wife Willene, three sons and their spouses Patrick and Steff, Timothy and Laura, Brian and Wendy, step daughter Lori and husband Larry Senvisky brother Jim Ruester, 13 grandchildren and 15 great grandchildren. Ed was a tremendous and loving husband, father and grandfather. He was the ultimate family man. Services for Ed will take place on March 14, 2022 at 9:30 a.m. and the procession will start promptly at 9:45 a.m. at the Riverside National Cemetary at 22495 Van Buren Boulevard, Riverside, CA 92518.