Written by Night For Vets on July 8, 2019. Posted in Gone But Not Forgotten 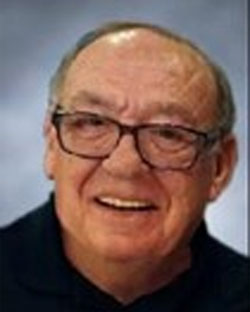 Edward A. "Sunset Eddie" Pellerin, 72, of Palm Bay, FL, formerly of Worcester, passed away on Tuesday, April 30, 2019, in the comfort of his home. Ed is survived by his wife of thirty years, Saundra (Piscione) Pellerin; a son, Shane Pellerin of Worcester; a daughter, Lori Venincasa and her husband Michael of Millbury; two step-sons, Luke Albano and his wife Naomi of Spencer, and Clint Albano and his wife Jonea of Paxton; a sister, Mary G. (Pellerin) Wright-Saillant of Worcester; three brothers, David T. Bolio of Old Saybrook, CT, Terrence "Terry" J. Pellerin of Worcester, and Raymond J. Pellerin of Holden; six grandchildren, Gianna, Peyton, Raegan, Nathaniel, Isabella, and Zachary; many nieces and nephews. He was predeceased by two brothers, Paul Pellerin and Francis A. Bolio. Ed was born in Worcester, son of the late Edward R. and Evelyn L. (Spencer) Pellerin. He graduated from Worcester Boys Trade, where he was Captain of the football team and served as President of his class.

Ed was a proud Veteran, having served his nation as a Medic in the United States Army, during the Vietnam war. He was a member of the DAV, the Vernon Hill Post in Worcester, and the Charles F. Thomas, IV Post in Palm Bay.

Ed worked as a painter for the City of Worcester for many years, before retiring in 1979. He enjoyed fishing, golf, and tennis. During his retirement he made many friends in Florida, especially in Key West, where he was nicknamed "Sunset Eddie", because of his regular presence during the Sunset Festivals. He was also known around Worcester as "Mugsy". He was a fun-loving, live and let live kind of guy, who wasn’t shy to tell you what was on his mind.