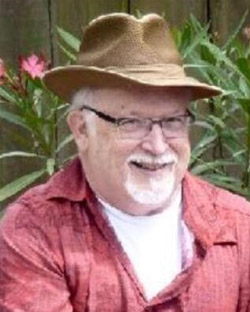 Edward Raymond Smith of Cathedral City, CA and formerly of Erie, PA died June 23, 2021 at his home. Edward was the son of Gordon C. Smith and Marie D. Smith and was born February 23, 1953. Ed graduated from Technical Memorial HS and enlisted in the US Navy where he served on the USS NEWPORT NEWS. He took the vows of Brotherhood in the Congregation Sancta Cruxia and served as a Brother for 2 years. Ed earned his nursing degree at University of Bridgeport, CT and worked as an ICU and Cardiac Care nurse in New Haven, CT and San Francisco, CA. He also earned his Masters Degree in Spirituality at Holy Names University, Oakland, CA. Edward was preceded in death by his parents. Ed is survived by his 5 brothers and sisters; Charles Smith (Sylvia), Eleanor Walker, Elaine Smith, Margaret Williams (John Welsbacher) and William Smith (Cassandra), all of the Erie, PA area. He is also survived by many nieces and nephews. Ed had many friends across the country.