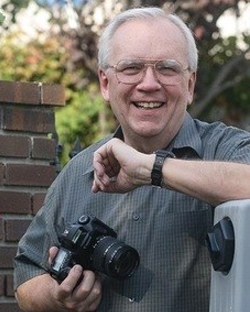 Dr. Edward M. Van Doren, age 79, passed away on July 15, 2022 in Greenfield, California, surrounded by the love of his close family. Dr. Van Doren was born in Trenton, New Jersey on April 30, 1943 to Edward A. and Eleanor Van Doren. He earned his Bachelor’s degree in biology from Ursinus College and a DMD in Dentistry from the University of Pennsylvania, where he met his future wife of 53 years, Sharon Van Doren. After graduation from dental school in 1969, Dr. Van Doren enlisted in the U.S. Army and was stationed as a Dental CO MEDDAC at Fort Hood. He was honorably discharged in 1971 and moved to California, where he purchased the dental practice he owned and operated, alongside his wife, for the next 47 years. Dr. and Mrs. Van Doren both retired from dentistry in 2018. Dr. Van Doren was deeply committed to his patients and community. An amateur videographer and photographer, he also had a lifelong love of movies, musical theater, theater palaces and theater organs. He was a life member of the American Dental Association, a member of the Tri-County Dental Society, a member of the California Dental Association, and a past president of the San Antonio Hospital Dental Center. He was also a past president and 30-year member of Upland Kiwanis, a past president of the Boys Club, a 26-year member and past president of Upland Sister Cities, and campaign manager for Tom Thomas for Mayor. Dr. Van Doren is survived by his wife Sharon, his three daughters and their husbands, his seven grandchildren, and his sister, Eleanor, and her family. A memorial service will be held at 2pm on Friday, August 19, 2022 at Stone Funeral Home in Upland. In lieu of flowers, the family requests a donation in his memory either to the American Stroke Association or the Theatre Historical Society of America. Stone Funeral Home 355 E. 9th St., Upland, CA 91786