Written by Night For Vets on February 13, 2020. Posted in Gone But Not Forgotten 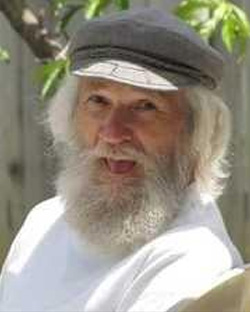 Elmer "Bud" Joseph Hartney, Jr, AKA Cousin Elmer, passed away on January 29, 2020 at his home in Lake Elsinore. Bud was born in Maryland to Lula and Elmer J. Hartney, Sr on April 4, 1933. He married Shirley Mae Kealiher on October 3, 1952 and loved her so much he married her again on February 26, 1953. He was Vice President of Urich’s Oil Company prior to becoming a local entrepreneur. Bud and Shirley were business owners of Cousin Elmer’s Produce and Cousin Elmer’s Antiques on Grand Avenue in Lake Elsinore for a number of years. At the time of death Bud was a full time retirement guru.

He was a veteran of the Korean War and served in the Air Force. He lived in Lake Elsinore close to fifty years and could be seen on a daily walk to Circle K for his paper and 44 ounce soda or at the Landing Zone for his morning biscuits and gravy. If you have seen him, you knew him. There wasn’t a hand he wouldn’t shake or a face he wouldn’t greet. Bud was preceded in death by his wife, Shirley; children, Allen and Theresa; parents, Elmer and Lula Hartney; sister, Juanita; brother, Thomas.